One hope for tomorrow (OHFT) Team

Patrick Neal, graduate of the University of California, Santa Barbara. Started his charity his first year in college aspiring to make a difference in others lives and he did just that. His first year he ran a non-profit club with over 50 members and raised over $35,000 in proceeds, which was donated to 5 other charities he worked closely with in northern and southern California.


Currently he manages a team of over 8 staff members, and runs a renown advertising and brand agency called VIPBlacklist.com.

How it all started 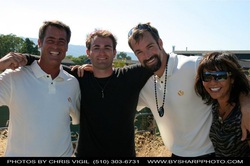 Patrick Neal was working on a sponsored event with the NFL upon meeting Jeremy Brigham, and Peter Dante after a Raider playoff game when Peter was filming Mr. Deeds and Jeremy was playing for Oakland. The three hit it off right away and realized along with the love of football they also shared a passion for charity work. As well as a mission to make the world a better place. 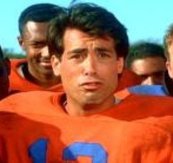 Peter Dante is a good friend of Adam Sandler and has co-starred in numerous Happy Madison films. Peter also produced the hilarious film Grandma’s Boy. Peter now serves on the Executive Board of Directors for Prevention of Epadermoralis Bullos and supports the Jenny Edmundsun Cancer Research Center and Hospital.

Works along side the raiders foundation, Jeremy Brigham spent his N.F.L. career as Tight End with the Oakland Raiders where he helped take the team to three consecutive AFC West titles and played in Super Bowl XXXVII. He and his wife, Danielle, started the Make A Difference Foundation in 2003 which has helped the N.F.L. Alumni Caring for Kids Programs, Mental Research Institute, Oakland Children’s Hospital and The Wellness City Challenge. Along with running charity events, Jeremy is a member of the N.F.L. Alumni organization and is a college football coach. 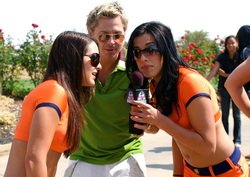 Kato Kaelin, has been a very strong network advisor and charity advocate along side the One hope for tomorrow foundation. He is a multi-faceted individual that works in the marketing industry and television broadcasting, and media divisions.

Graduated from Cal State East Bay with a degree in Psychology with an emphasis on behavioral science. Kendell has a huge passion for non-proft work and has been a leading staff recruiter, proposal writer, and public relations manager for "One hope for tomorrow.org". 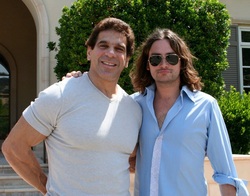 These are some of our strong networking clientele that help us in our endeavors throughout the team to develop strong relationships and progressive back to back amazing events. 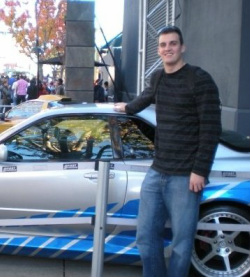 The One Hope for Tomorrow Foundation along with FilmBreak.com and The Parlor in Hollywood are happy to announce a fundraiser to benefit the 11th annual AIDS Lifecycle Charity Drive. The event, scheduled for Friday, April 27th, will include live appearances by DJ Supurb, Amir, X-Vertigo, and Bertelli, beverage promotions by Mezcal Antonio Aguilar Spirits, as well as a silent auction and raffle giveaways with prizes ranging from complementary massages by local spas, dance and yoga classes, and tickets to the Magic Castle, among others.

Along with donations, all proceeds from the ticket sales will benefit the AIDS Lifecycle Charity Drive, which has been instrumental in funding the vital healthcare and relief services provided by One hope for tomorrow of Southern California and the San Francisco AIDS Foundation in Northern California.

Media exposure expert, graduated from UCSB with a degree in Environmental Science. Develops research and cases for our newest projects and companies we will be working closely with.
Nathan joined the One hope for tomorrow team in the latter part of his freshman year at University of California, Santa Barbara. Through his work with OHFT Nathan has developed a passion for the further enrichment and development of international relations. He believes it is through this spreading of life and opportunities that OHFT addresses children and families around the world to have better lives and get off their feet to pursue their own goals in life. 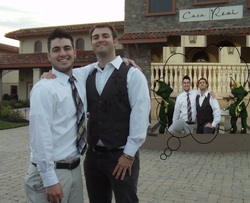 Christopher joined One hope for tomorrow in his sophomore year at the University of California, Santa Barbara. He was motivated to get involved with OHFT mission to not only give children the gift of life, but help families get out of un foreseen situations due to natural disasters. His focus is using OHFT as a platform that allowed transparency and communication between the volunteers and donors to help others and make a difference in the world. He hopes to raise awareness about One hope for tomorrow through outreach efforts that connect funders with people around the world.
​ One Hope for Tomorrow, Hope for one tomorrow.org, Patrick Neal, Non-Profit, 501(c)(3)website